According to Italian "Sky Sports" reporter Baiocchini, Charhanoglu is unlikely to renew the contract with Milan at present, and the two sides have huge differences in the negotiations. 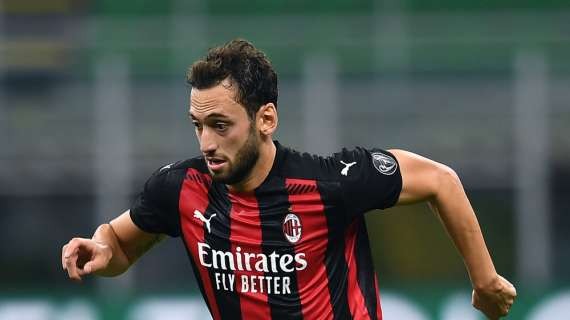 The reporter revealed: "Once the transfer market is over, Milan will discuss renewal with Donnarumma and Charhanoglu. Although the contracts of these two players will expire next summer, the situation is different. ."

"Donnarumma grew up in Milan. He feels like he is a Milan player. He will stay in Milan at all costs. But Charhanoglu is different. He is not a young player anymore. He may be against the Champions League. The league has certain ambitions. We all know that players like Juventus and Atletico Madrid are interested in waiving him."

"The distance between the conditions requested by Charhanoglu and the conditions provided by Milan is far away, and it is very unlikely that he will renew his contract with Milan. Charhanoglu's agent and AC Milan will be in the next Negotiations will be held again in a few weeks, but if an offer comes in January, he might leave."