Earlier, Celta Sports Director Felipe Minneambres stated in an interview that coach Oscar Garcia had wanted to sign Badillo as early as the time when he was coaching the Salzburg Red Bulls, but the team will After Badillo was signed, Oscar Garcia did not give him a chance to play. Recently Oscar Garcia responded to the news, saying that he did pay attention to Badillo when he was coaching the Salzburg Red Bull, but he did not sign him in the end. 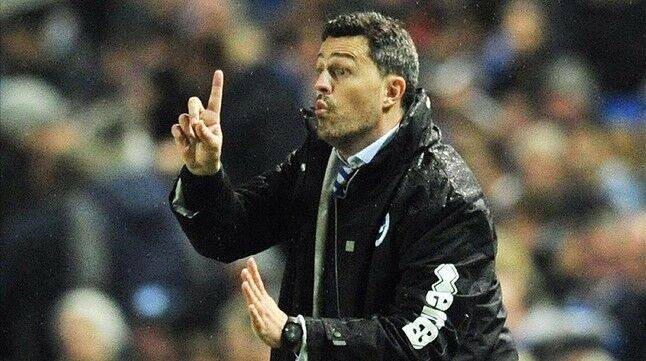 Oscar García said: "Badillo often happens in the professional arena, but he is now in the past tense. I want to pay more attention to the players who are still in the team because they can help us. Those who won the game. I also don’t want to talk about players who had the opportunity to sign but didn’t sign, because that’s a waste of time."

"I really knew Badillo a long time ago. He was indeed on the team's signings when I coached the Red Bull Salzburg. But in the end I didn't sign him. Badillo is now Playing for the Espanyol is a decision that everyone is satisfied with. Badillo can go there to get more playing time, and Celta saves a salary."

"Tapia and Murillo may not be able to play in the next game. I have to see if they are tired. If they do not meet the requirements of the game, they may need to take a rest. We have many good players in the reserve team. , I am particularly optimistic about Sergio Carrera. Since I took over the team last year, I have been paying attention to his performance, I think he is the most talented player in Celta B team, can be in the short term Promoted to the first team."

"Atletico Madrid is a strong opponent, we know their strength very well. But Celta is capable of defeating any opponent, we have to fight them with a tough attitude."